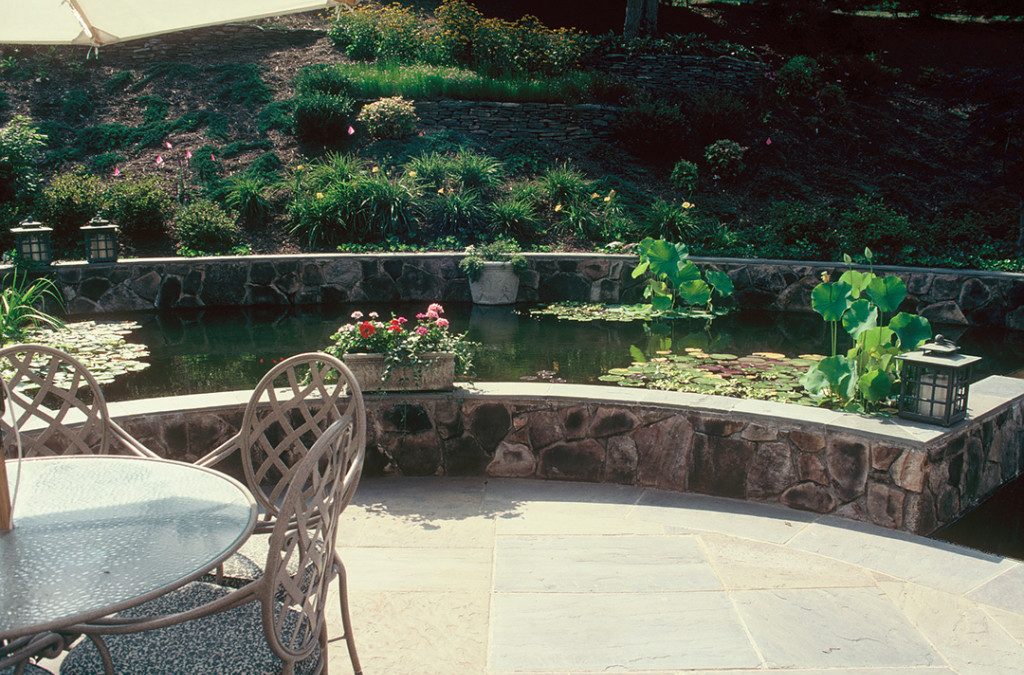 If you’ve never tackled a landscape design before, you might be overwhelmed by all the choices you can make. Keep reading to see 10 landscape design tips from the founding father of landscape architecture, Frederick Law Olmsted.

Olmsted believed in staying true to the character of the space. “The genius of a place” is the idea that each location has unique qualities, both ecologically and spiritually. His goal was to infuse this into all design decisions by acknowledging the advantages and disadvantages of a site.

2. Subordinate details to the whole.

Olmsted preferred not to think of trees, turf, rocks, and water as individual things of beauty, but a sort of thread in a larger fabric.

Olmsted didn’t want visitors to merely see his work, but rather to be unaware of it. He wanted to free the viewer’s mind from distractions. They weren’t supposed to analyze the space, but be unaware it was planned at all.

His designs were so natural, one critic said, “One thinks of them as something not put there by artifice but merely preserved by happenstance.”

4. Aim for the unconscious.

Olmsted liked for his scenery to work on the unconscious part of the mind. He constructed parks that subtly directed movement through the landscape so as to lead them without strict, noticeable guidelines. As Jill Odom describes, “one could feel lost but know their way out at the same time”.

Olmsted was not a fan of flashy novelties in the landscape or decorations that served no purpose. He thought of specimen planting and exotic species as intruders. He argued that while a planting of wild flowers may not draw attention to itself, it may be more effective in soothing and refreshing the mind.

Olmsted surprisingly didn’t commit to landscape architecture until he was 44. Without formal design training, he gathered his knowledge of landscaping from travel and reading.

Olmsted was prolific writer and strongly opposed the term “landscape gardening,” feeling that his work had a much broader scope.

By the time Olmsted had committed to landscape architecture, he had developed a set of social and political values that gave extra purpose to his design work.

“It is one great purpose of the Park to supply to the hundreds of thousands of tired workers, who have no opportunity to spend their summers in the country, a specimen of God’s handiwork that shall be to them, inexpensively, what a month of two in the White Mountains or the Adirondacks is, at great cost, to those in easier circumstances,” Olmsted wrote.

Usefulness always came before art in Olmsted’s work. He felt that when plants and trees had no purpose it was “inartistic if not barbarous.” For him, true art was achieved with utility was considered first before ornamentation.

10. Never too much, hardly enough.

Rather than packing a site in with so many sights and sounds viewers would be overwhelmed, Olmsted chose to simplify and clear the scene.

Critics accused his work of being unkempt and rough but Olmsted knew what he didn’t do was as much a design choice as what he did do.

Ultimately, Olmsted followed a set of design principles that would ensure his landscape architecture projects would endure for years to come. He truly was a man before his time.